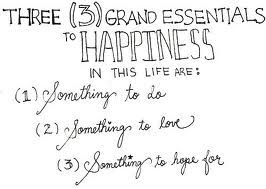 In April of 2006 my daughter told me that a year before, a new member of her family had raped her in her bedroom in the middle of the day. She finally told me because the predator was harassing her mother, my ex-wife, and her boyfriend. She needed my help to put a stop to it, and I did.

That same month, my wife and I had a daughter, and my emotions were all over the place. Every time I took care of her, I felt helpless and my heart ached for what my daughter had gone through. I blamed myself for letting that big bad wolf into her life.

My daughter’s rape broke me — something that the Colombia Cartel and the DEA (Drug Enforcement Agency)
didn’t do. I just couldn’t forgive myself for not protecting her.

(Although this was not in my thoughts at the time, I’m told that my daughter’s rape probably also triggered my own pain at being molested as a child.)

I ended up in the hospital in Sept. of that year with major panic and anxiety attacks and depression, which continue to this day. I had pneumonia twice in one year. The second one left me with a hole in my left lung. I had a slip and fall accident that broke my right wrist and herniated my fourth and fifth back disc. I also had a cancer scare for a year when doctors found a 2-inch ball in my colon.

Today, I’m happy to say that my health is better. My panic and anxiety attacks are less frequent and severe, I’m recovering from the fall, and I don’t have cancer. I’m choosing better people in my life. And, I’m trying to forgive myself for not being there for my children.

I’m making lemonade with the many lemons of my past, and finally letting go of all of those dark memories that keep me from LIFE.

Excerpted from my forthcoming memoir, The Baggage Handler.

20 Responses to What Broke Me